Google Reports Less Than 1% Spammy Websites as of 2021

The increasing number of deceptive websites and users who try to manipulate the SERPs have been interfering with Google’s attempt to always provide the most relevant and highest-quality results.

Nevertheless, Google has been continuously putting a huge effort towards ceasing this abusive trend. For many years, less than 1% of the search results were spammy. In 2017, however, this number was reduced by half.

Let’s see that in numbers!

Now, let’s see the main webspam trends in 2017, as per Google’s annual report. 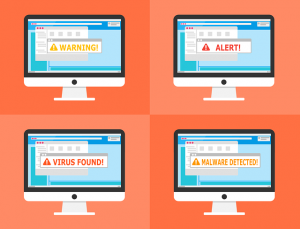 The number of hacked websites with the intention to spread malware or viruses, or spam the search rankings, stood as a serious threat to users during the past year.

This was a popular trend over the years, but Google has managed to reduce the hacked sites by 80% during 2017.

Hacking affects website owners, too. In an attempt to protect the webmasters and help them enhance the security of their website, Google has created a hands-on resource which provides everything needed to securely code a website or a web app.

Spammers used some of the most popular CMS’s to manipulate with user-generated content and post spam content in comments or forums. Google worked closely with CMS’s such as Joomla and WordPress to fight them.

Links are a fundamental ranking signal which made them a subject of manipulations – a webspam trend that was still present in 2017. Google put in a lot of effort and finally managed to significantly reduce the number of unnatural links via manual actions and updated algorithms. The result is – spam links reduced by half.

These improvements are a massive step towards completely abuse-free UX. Cody Kwok, Google’s Principal Engineer, emphasizes that they will continue implementing improvements in order to reach this goal.

We will be happy to hear your thoughts

We use our expertise in SEO and hiring SEO agencies to simplify the tedious task of finding the best SEO company. Based on contemplative research of the factors and processes involved in discovering the right SEO company, we have devised a methodology to help you easily choose the right one for you.